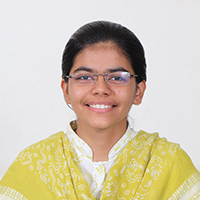 Ms. Hima Soni has been a bright student, a Gold Medalist, and the same sparks she carries when entered academia. She has been actively involved in various co-curricular and extra-curricular activities. She has participated in various National Competitions such as ROBOCON - The Robot Making Competition, Hackathon and Mitsubishi Electric Cup Competition-The Factory Automation Competition etc. as well guided students for ROBOCON. She holds Master’s Degree in Computer Engineering where she worked in the domain of Machine Learning and emerging technologies. Apart from Machine Learning her areas of interest include Data Science, IoT, Robotics and Industrial Automation.