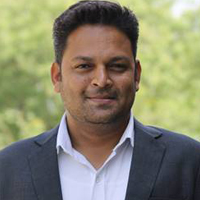 Prof. Kamlesh Samadhiya has been in academia and oil field industry. He has been actively involved in co-curricular activities like design and fabrication of All Terrain Vehicle (ATV) for various national and international events like SAE India Baja and Mega ATV Championship. He is also working as an institute  coordinator for one year plan of departments.

He had been the Maintenance In charge and Area In charge at M/s. Vishal Enterprise (Drilling & Work Over O&M Services with ONGC, Mehsana), Mehsana, 2005 to 2012. He has the experience of handling eight work over rigs, maintenance and operations, staffing, supervision and interacting with ONGC officers. He has also worked at GNFC Bharuch as Shutdown Engineer for a month.